Get around 5 proposals right away from proven and verified suppliers, 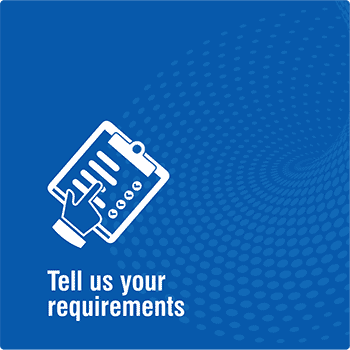 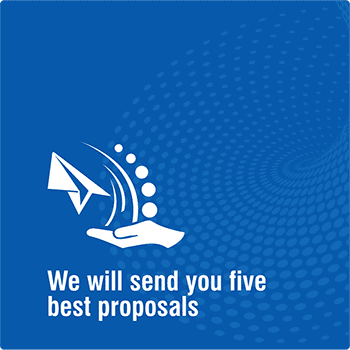 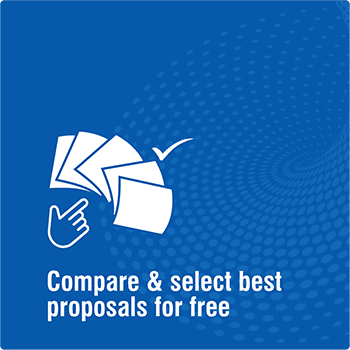 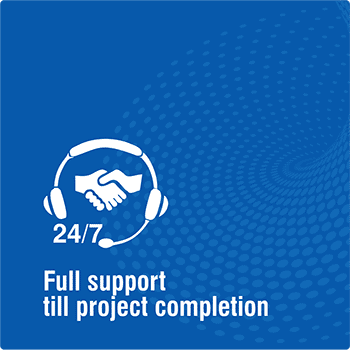 Expo Stand Services has years of experience in organizing trade shows. We work with a competent in-house team to work with experienced support specialists. This extensive global network of trade show specialists allows us to build the best possible c...

since 1988, designcompany amazes by communicating within spaces. we create unique, professional, emotional appearances and make brands come alive in all formats - at events, at trade fairs, in retail and in digital spheres.   our interdisciplinary...

Toppars GmbH is a competent partner in building exhibition stands and operates all over West Europe autonomously. Projects to be carried out in Turkey, Iran, the Persian Gulf states or Russia are served by our office in Tehran. We produce our stan...

There are archetypal architectural forms that recur and continue to develop throughout all ages and cultures. One of them is the nomad's tent, the original type of temporary and portable architecture. With its elementary supporting structure design m...

BARZILAI Exhibition Experts is a global creative powerhouse, dedicated to delivering exceptionally valuable exhibition stand experiences worldwide. We venture beyond design to provide full turnkey solutions and bespoke service for our customers, ever...

We at JAHPLAN GmbH, based in Munich, are your reliable partner when it comes to your individual exhibition stand for all kinds of events. Many years of experience, in-depth advice and a targeted design make your trade fair appearance uniquely success...

The successful creation of contacts is the objective of our services. Trade fairs and events offer unique opportunities to find and win interested customers. We offer you an individual full-service package for a successful presentation of your compan...

Our production facility is located in the Reinickendorf district of Berlin. In addition to the Berlin Brandenburg region, we offer our services throughout Germany and in European countries. Barcelona, ??Madrid, Milan, Paris or Amsterdam - no dista...

Dekoteam HG Holl GmbH is a nationwide company with around 200 projects implemented annually. The core competencies are in the areas of the trade fair and exhibition construction and industrial decorations. ...

We kept the 100 m² stand for Dentsply at the annual congress of the German Society for Orthodontics in the MOc in Munich in plain white. A presentation module specially designed for Dentsply for their dental implants, which are only centimeters in s...

Prodanic Design is a team with great experience in the field of trade fair construction. We offer a service around design, fairs, in-house exhibitions, showroom and shop design. Planning, design and execution in harmony with your product are the most...

Individual and flexible, our systems adapt to your needs. Whether you need a tabletop display or a 10m x 10m custom exhibit, Display Vision’s turnkey solutions provide a consistent, recognizable appearance at every show – equating to better cust...

We have a saying at Grupo ALC: Provide Trade Show results, so our clients can reach their goals. Since 1998, Grupo ALC has taken on more than 4000 design and creation projects for trade shows, conventions, and events all over the world, supporting mo...

Expo Exhibition Stands is a stand builder and manufacturer of modular exhibition stands since 1979. With the head office in Germany and offices, showrooms, warehouses, design studios and printing facilities in the Netherlands, Belgium, France, Spain,...

We are Stand Designing and Construction Company in Europe and Asia We are in this industry from last eight years and have delivered n number of successful projects....

In 1950 Barozzi started as window designer for pharmacies. Shortly after this led to the working out of stand designs for trade shows and marketing consulting for the pharmaceutical clients. BAROZZI messebau GmbH was foundated in 1990. From initial p...

Maverick is a reliable exhibition booth builder in Europe, Asia, America, UAE. Professional exhibition designers, marketers, project managers and other specialists combine their experience to help you build the best stand and present your company at ...

Expo Stand Services has years of experience in organizing trade shows. We work with a competent in-house team to work with experienced support specialists. This extensive global network of trade show specialists allows us to build the best possible c...

Our suggested exhibition stand contractors in Frankfurt will revert to you with their best proposals. Now you have the liberty to easily choose your exhibiting partner after comparing all the proposals to have a suitable exhibition booth design in Frankfurt and exhibition booth construction in Frankfurt. This will not only save a heck of your time and efforts but will also save your money as we don’t charge any fee from exhibitors for this service.