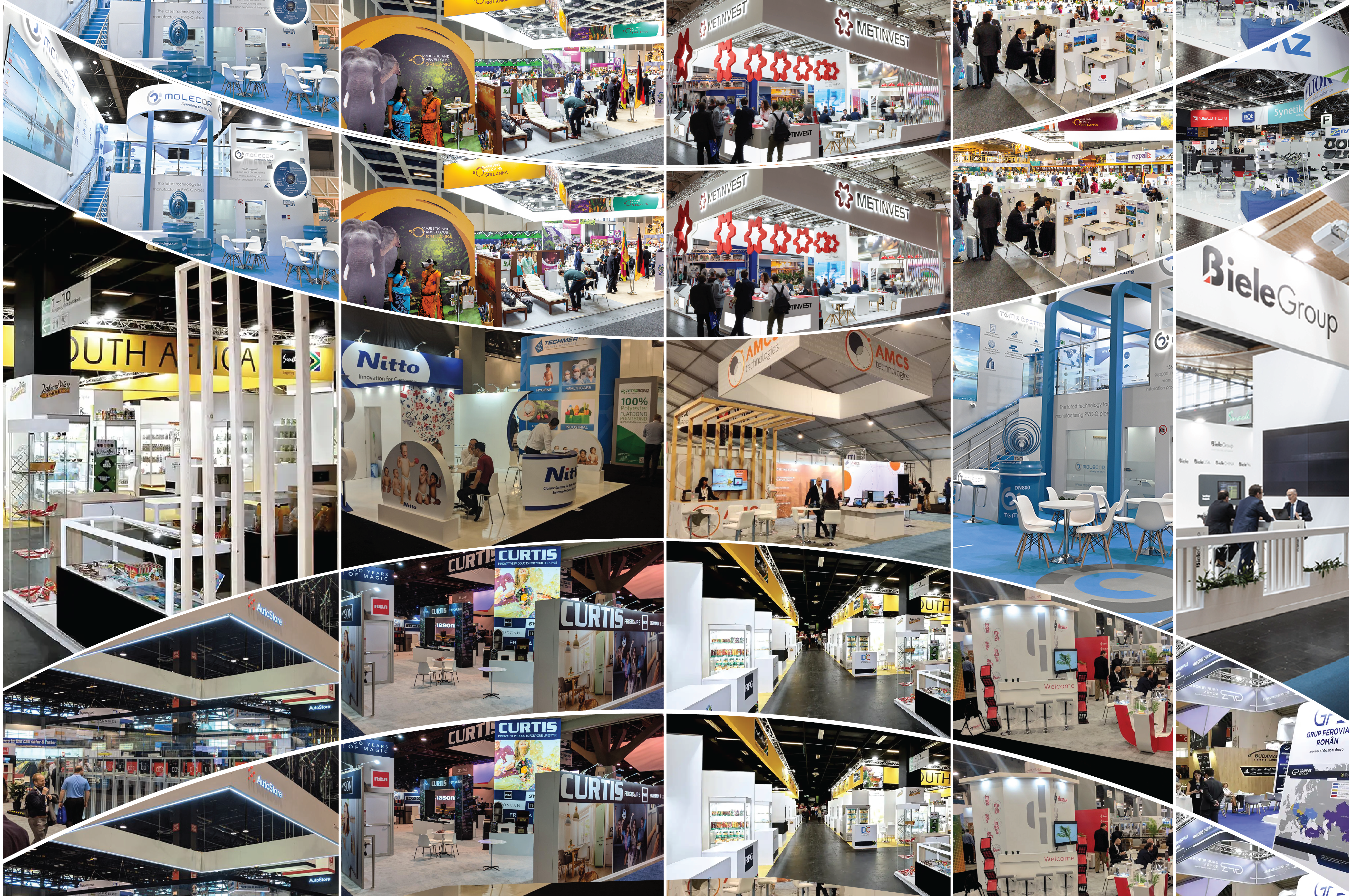 Ricard Mata is a benchmark professional in carrying out projects in interior design, corporate events management and comprehensive renovations. In 2012 he celebrated his 20th anniversary in the business and he now has one of the best reputations of any professional in the sector. In 1992, he was one of the first to promote “turnkey” service for booths at fairs in Spain and abroad. His business sense and vision have led him to set up and lead several companies working in booth design and retail interior design. One of these specialises in medical and pharmaceutical congresses and has worked with the best laboratories in the country. His design sense and innovative character have meant that the minimalist nature of his projects (using shades of white and clear, well-defined lines) has clearly influenced new trends that have become popular at fairs, congresses and in retail spaces.

Near By Stand Contractor

We specialise in assisting clients with the management of all types of stands, throughout the entire display. This can include: exhibitions, performance stages, interior design work, as well as any ot...

Our success is based on a process of efficient and comprehensive work which have included: creative assessment and technical management, ephemeral architectural management, execution of projects and i...

We are a studio located in Barcelona, ??with a trajectory of more than twenty-five years, dedicated to designing and three-dimensional communication. We design and assemble exhibitions and stands. We ...

CTANORM is the leading quality brand in exhibition construction systems. In 1969 OCTANORM established by Hans Staeger with the vision to develop an intelligent exhibition system combining efficiency, ...

Crea Congresos is born out of a personal and professional challenge filled with passion, rigour and hard work, with more than 14 years of experience.in organising conference. Our company is specialize...

Faberstudio is a long established fact that a reader will be distracted by the readable content of a page when looking at its layout. The point of using Lorem Ipsum is that it has a more-or-less norma...

We are a design studio specialized in commercial architecture. Design of stands, showrooms, exhibitions, shops, point-of-sale furniture. Our vocation of customer service makes your experience and your...

The Tailoring D esign P rocess methodology that we implement in all projects, allows a preview of the final execution through RENDERS - 3-dimensional simulations -, allowing the appropriate adjustment...

It’s what we are: a team of professionals qualified to create spaces with creative and innovative solutions. We always abide by quality standards and offer optimal services. A team of designers and ...

Stands Creativos, a company specialized in the design and assembly of stands for fairs, congresses and events, was founded in 2005 as a result of the association of professionals with more than 30 yea...

We carry out the decoration and assembly of your design stand or officealways based on the needs of our clients. We can create your stands in Barcelona, Madrid or all over Europe. We like to decorate...

Your goal is our success!!   Internationals Projects around the world

We are BC CREA specialists in the creation, assembly and decoration of design stands for fairs and c...

The Sustainable Development Goals (SDGs) are the great business challenge for the next decade. They are a call to action to governments, companies and civil society to achieve sustainable development,...

Dele Meyer Design is a company that specializes in fairs, events and creating spaces internationally. With concepts and designs for your unique desires....

GONRI is a company specialized in electricity installations and ordinary, decorative and itinerant lighting for events, congresses and fairs. We have a long and proven experience in the sector, so we...

We build your custom designs with the best quality materials and finishes. Punctuality in delivery, lowering costs due to the provision of own workshops with little time...

For over 10 years, Decomakers has accompanied you in defining, designing and executing successful exhibition experiences. Our company was founded by Samuel Raaymakers back in 2006 on a simple premise...

Trazos y Trends has 4,500 m2 of facilities including its own offices and workshops strategically distributed in Barcelona and Madrid. This double implementation allows us to make our products more dyn...

Angle Exhibits has the ability to carry out any type of retail, real estate and exhibitions from inception to final delivery From our main facilities in Barcelona and offices in Atlanta, we work on a...

We make the most complex projects seem easy, with a method based on our experience and establishing a direct and transparent dialogue with our clients....

We provide creative, innovative and professional solutions that meet the international standard. Projects made to measure and flexible solutions with a very personalized service, taking into account y...

Creative Technology Group has a global footprint of 25 offices in 15 countries. With over 1500 employees, we cater to events in 87 countries on 6 continents. ...

STANDECOR , we are specialists in the design, manufacture and assembly of fair stands, interior design and phenolic carpentry . With the main objective of offering the client the best value propositio...

ARTEK | Spaces that communicate is a worldwide company specialized in the corporate and institutional market, we deliver solutions in Events | Arch & Design | Marketing & communication | Virtual re...